Accredited: A Culture of Safety

We hold ourselves to a higher standard than any practice in the community. In 2006, OSA became the first and only OMS office in Northern New England to meet the rigorous standards of the Joint Commission by achieving accredited status. Like hospitals, we welcome unannounced inspections every three years that ensure our facility meets critical standards in several aspects of patient care and organizational safety. Our most recent inspection in 2018 found no areas for improvement, a rare feat for any facility. In recognition of our dedication to our quality and safety standards, our practice received the Maine Medical Center Physician-Hospital Organization Specialty Care Award. No other OMS practice in Maine has yet received this high honor, or become accredited like OSA for office-based surgery. 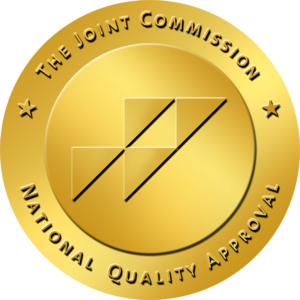 While many dentists call themselves “specialists” or “board certified”, these titles are often deceiving. Each doctor at OSA has completed a true ADA-recognized residency that required 6 years to complete. The board certification process for our doctors is the most rigorous in organized dentistry, and the gold standard of our profession. In an era where more oral surgeons treat only teeth and titanium (dental implants), OSA again sets a higher bar. We are a full scope OMS practice treating patients for a wide range of conditions in both office and hospital settings. These include dentoalveolar surgery (including wisdom teeth), dental and maxillofacial implants, pediatric oral surgery, orthognathic and reconstructive surgery, maxillofacial tumors, cleft lip and palate, major and minor bone grafting, snoring and sleep apnea, temporomandibular joint problems, and maxillofacial trauma.

Our doctors serve as leaders in organized medicine and dentistry at the local, state, and national levels. Each of our doctors is a graduate of both dental and medical school, board-certified by the American Board of Oral and Maxillofacial Surgery, and is certified by the State of Maine to provide surgical and anesthesia services. Our three most senior doctors are Fellows of the American College of Surgeons (FACS). This prestigious organization focuses on improving the quality of care for the surgical patient by setting high standards for surgical education, practice, safety, and ethics. By staying involved in a broad range of organizations, our doctors share ideas and learn the latest concepts and techniques from leaders in the oral surgery field, all to constantly improve the care offered to our patients. You can learn more about your doctor by finding their bio here. 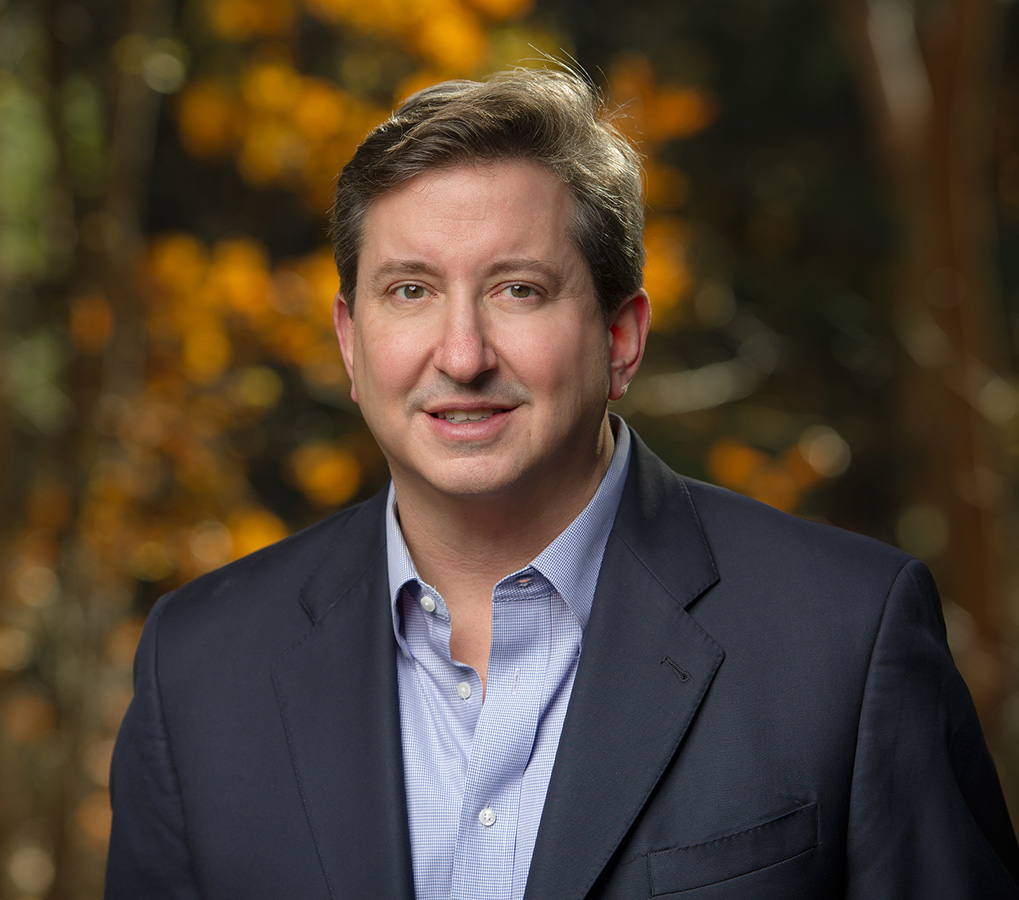 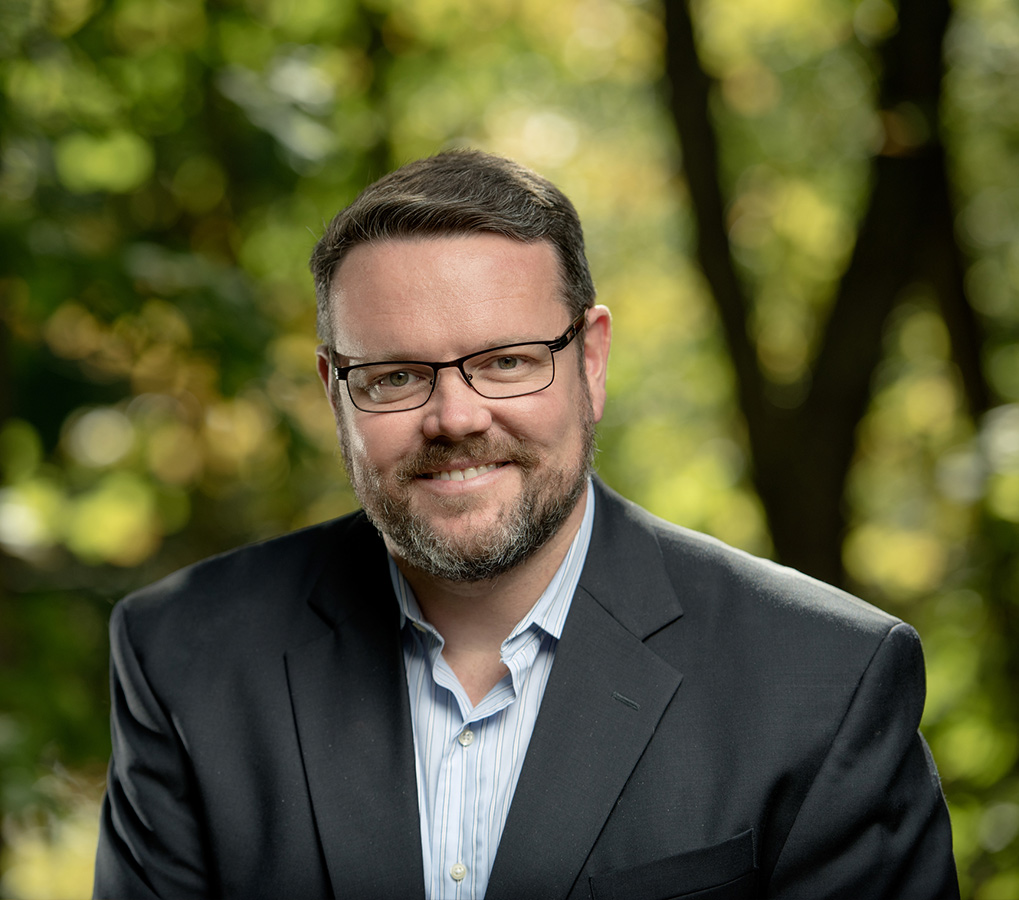 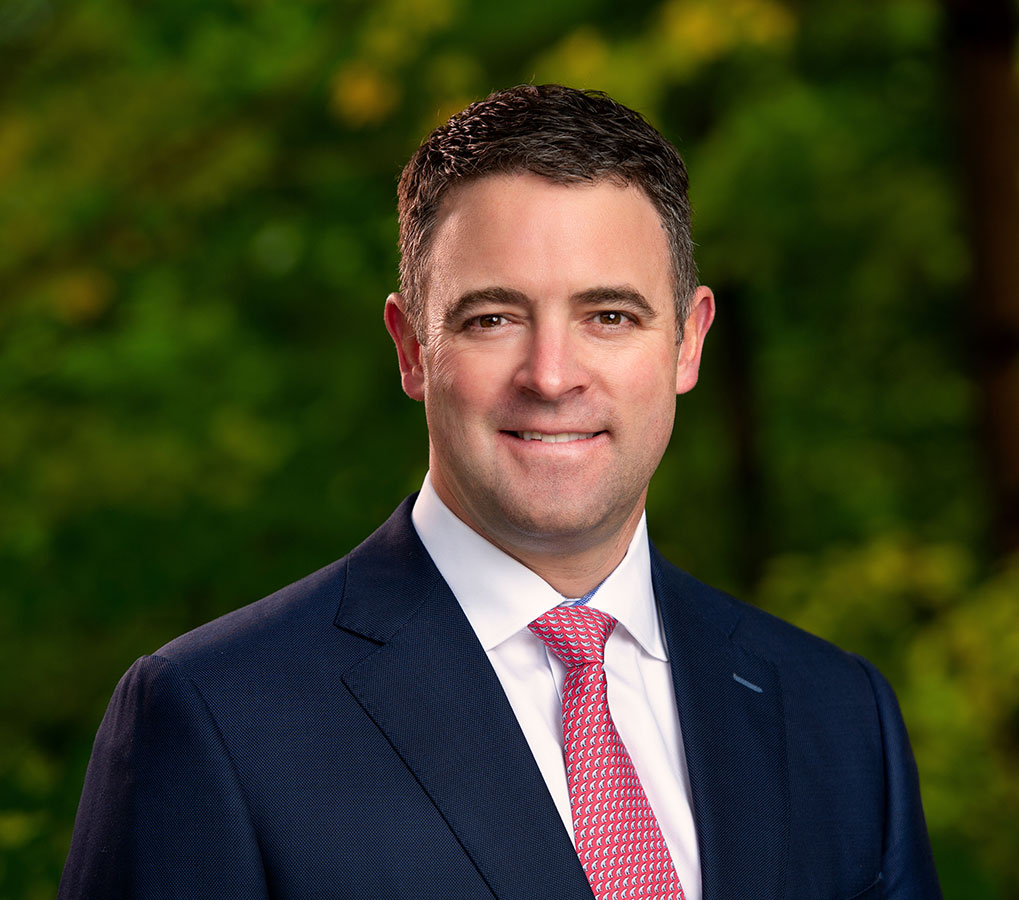 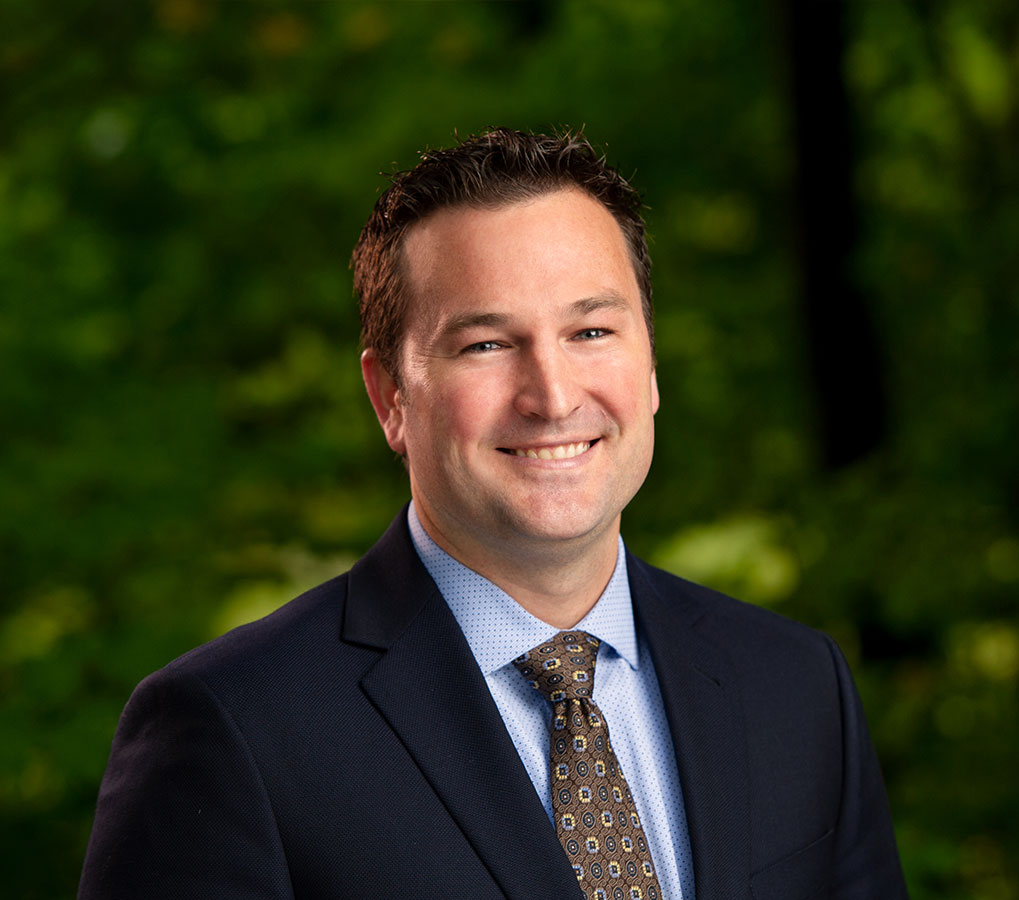 Dr. Zajkowski joined Oral & Maxillofacial Surgery Associates in 1999 after completion of his residency at Massachusetts General Hospital in Boston. He served as Chief Resident at both the MGH and Children’s Hospital in 1998-99. Mark grew up in Florida and graduated from the University of Florida in 1989 with a BS in microbiology and cell science. He then graduated from UCLA with his DDS in 1993, and Harvard Medical School with his MD in 1996. In 2001, Dr. Zajkowski achieved board certification with the American Board of Oral & Maxillofacial Surgery (ABOMS) and was elected to fellowship in the American College of Surgeons (FACS) in 2013.

Mark has been actively involved in state and national organizations. After serving as a board examiner for ABOMS for five years, he was elected to the Board of Directors in 2011, serving as President for the 2017-18 term. Dr. Zajkowski also served on the Maine Dental Association Board, and ultimately as its President in 2007-2008. He remains active in committees with the American Association of Oral and Maxillofacial Surgeons (AAOMS) and serves in an advisory role to the Joint Commission on ambulatory surgery. Most recently, Mark was appointed to the Board of Dental Practice by Governor Paul LePage in November 2017. Dr. Zajkowski is also a member of the American Dental Association, American Medical Association, Maine Medical Association, Greater Portland Dental Society, American College of Dentists, Pierre Fauchard Academy, and the American Cleft Palate-Craniofacial Association. He a member of the Society for Ambulatory Anesthesia and an affiliate member of the American Society of Anesthesiologists.

Locally, Dr. Zajkowski is an active staff member of both Maine Medical Center and Mercy Hospital. He volunteers his time with the Greater Portland Cleft Lip and Palate Team and served as the oral and maxillofacial surgeon for the Portland Pirates, the AHL affiliate of the Phoenix Coyotes from 2004 until 2016 when the franchise was relocated. His clinical interests include ambulatory anesthesia, patient safety, oral and maxillofacial pathology, and reconstruction, cleft lip and palate surgery, and dentoalveolar and implant surgery. In his spare time, he enjoys spending time with his family, travel, exploring Casco Bay, and professional ice hockey.

Dr. MacCarthy was born in Dublin, Ireland, and grew up in Australia, Ohio, and Connecticut. He graduated from College of the Holy Cross in 1995 with a BA in Biology and the John Paul Reardon Medal for excellence in studio art. His training continued at The University of Connecticut School of Dental Medicine where he obtained his DMD in 2001. He continued on at Harvard Medical School, graduating with his MD in 2004. He then joined Oral & Maxillofacial Surgery Associates in 2007 after he completed his oral and maxillofacial surgery training at Massachusetts General Hospital, Brigham & Women’s Hospital and Children’s Hospital in Boston. He became board certified by the American Board of Oral and Maxillofacial Surgery in 2009.

Following his graduation from UCONN, he was accepted into the combined Harvard University/Massachusetts General Hospital Oral and Maxillofacial Surgery program.

He completed his internship in Oral and Maxillofacial Surgery at the Massachusetts General Hospital in 2003.

Dr. Jacobsen graduated from Harvard Medical School in 2006. He then completed two years of general surgery at Massachusetts General Hospital. Finally, he finished his oral and maxillofacial training in 2009 during which time he served as the Chief Resident of the Oral and Maxillofacial Surgery division at Massachusetts General Hospital and Children’s Hospital in Boston.

Dr. Jacobsen practices a broad scope of oral and maxillofacial surgery including a special interest in dentoalveolar and dental implant surgery. He has extensive training in hard and soft tissue grafting for implant site development. He has an additional emphasis on orthognathic, reconstructive surgery, and delivery of high-quality sedation and anesthesia for oral surgery.

He is a member of the American Dental Association, American Medical Association and American Association of Oral and Maxillofacial Surgeons. In 2013, he was inducted to the American College of Surgeons as a fellow. He served as President of the Greater Portland Dental Society for two years and is a founder and director of multiple local dental continuing education study clubs. He is involved in the community serving on the medical staff at both Maine Medical Center and Mercy Hospital, and the Greater Portland Cleft Lip and Palate Team.

When not working Matt enjoys sailing, skiing and spending time with his family and friends.

He attended dental school at the Harvard School of Dental Medicine graduating with honors in 2012. While in dental school he established a love for oral surgery and completed a one-year fellowship in Pediatric Oral Surgery at the Massachusetts General Hospital. He completed his MD degree at Harvard Medical School in 2015 and completed his Oral Surgery Residency in 2018 where he served as chief resident at both Massachusetts General Hospital and Boston Children’s Hospital.

Dr. Lawler is a member of American Association of Oral and Maxillofacial Surgeons (AAOMS), and American Dental Association (ADA). During his training, he served as Program Liaison and District Representative for the resident organization of AAOMS and developed a passion for research publishing multiple peer-reviewed articles and book chapters on facial trauma, orthognathic surgery, and advanced imaging techniques. 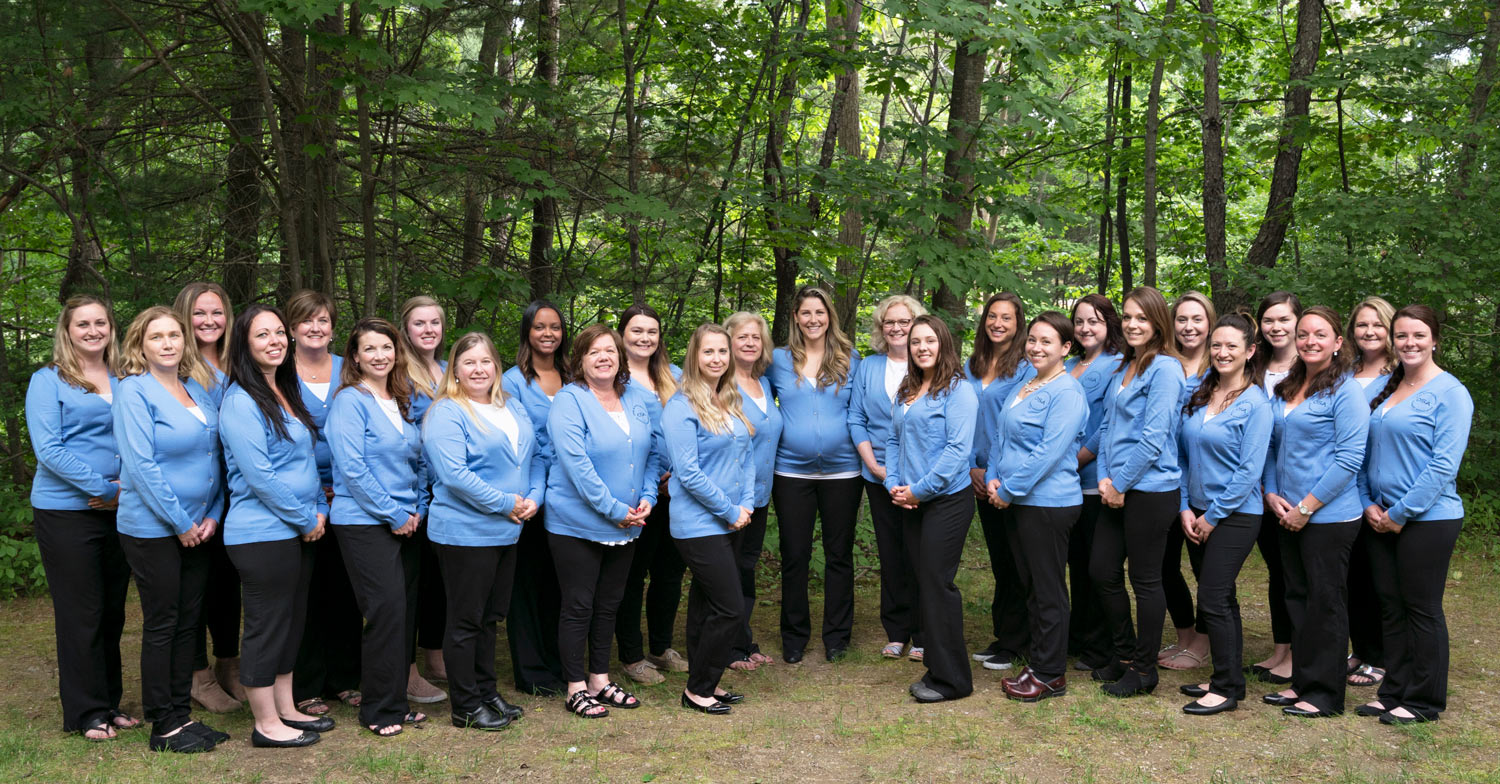 Our staff at Oral and Maxillofacial Surgery Associates is dedicated to your safety and comfort. Our surgical team has a mix of registered nurses, surgical technologists, and dental assistants who are all certified by our national organization to provide care in conjunction with your doctor.  As an accredited health care facility by the Joint Commission, we select and train our staff based on the highest standards in the industry.  We sincerely believe that the strength of our success is rooted in our staff and the care they provide to our patients.

Our front staff is made up of well trained and educated office assistants. Their knowledge of our specialty will help you schedule the appropriate appointment and work seamlessly with your referring dentist to make your visit less stressful.  They can also help guide you through all our website resources, including online patient registration, video tutorials, and directions to our facility.

In addition to our front staff, we are fortunate to work with three full-time billing and insurance specialists in our accounting department.   Each of these staff members will work closely with your insurance company to ensure you receive the benefits you deserve.  All of this is done with the goal of allowing you to relax and focus on your care with as few distractions as possible.  This philosophy is just one of the things that set us apart from other surgery offices. We look forward to meeting you.

The whole OSA team takes pride in giving back. We partner with several different clinics, charities, and fundraising events to help make a difference in our community. Some of our core charitable focuses include: 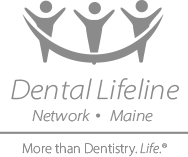 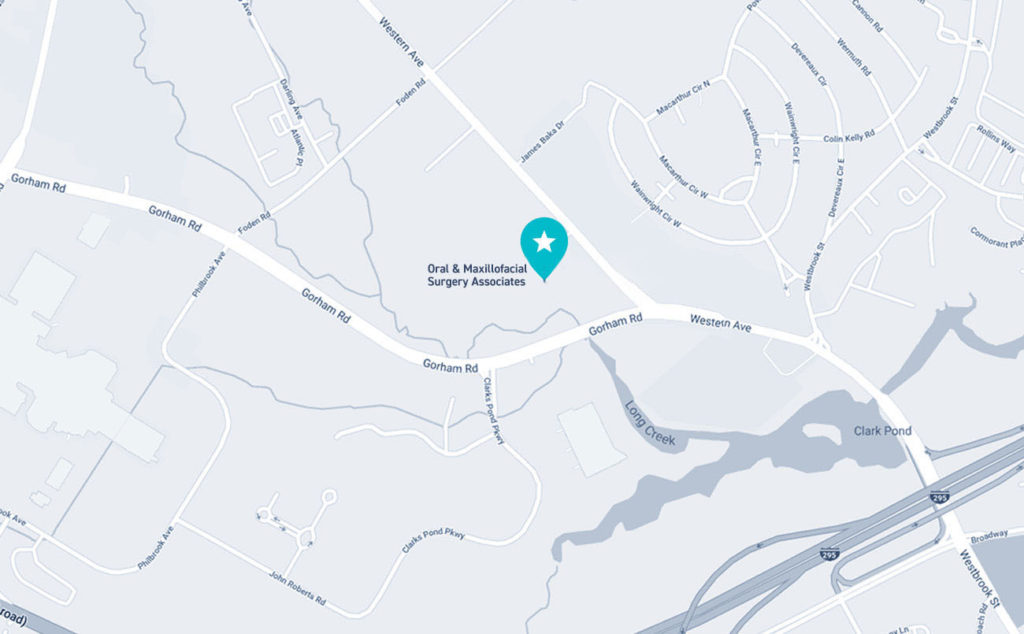